Much of The Kelley Law Firm’s history is tied to the early days of Fort Lauderdale and the creation of Broward County.  In 1905, Rohan Kelley’s grandfather C.E. Farrington, a young man raised on the north Texas plains who had graduated from Valparaiso University with a law degree, married his sweetheart, a young girl who lived on the neighboring farm. 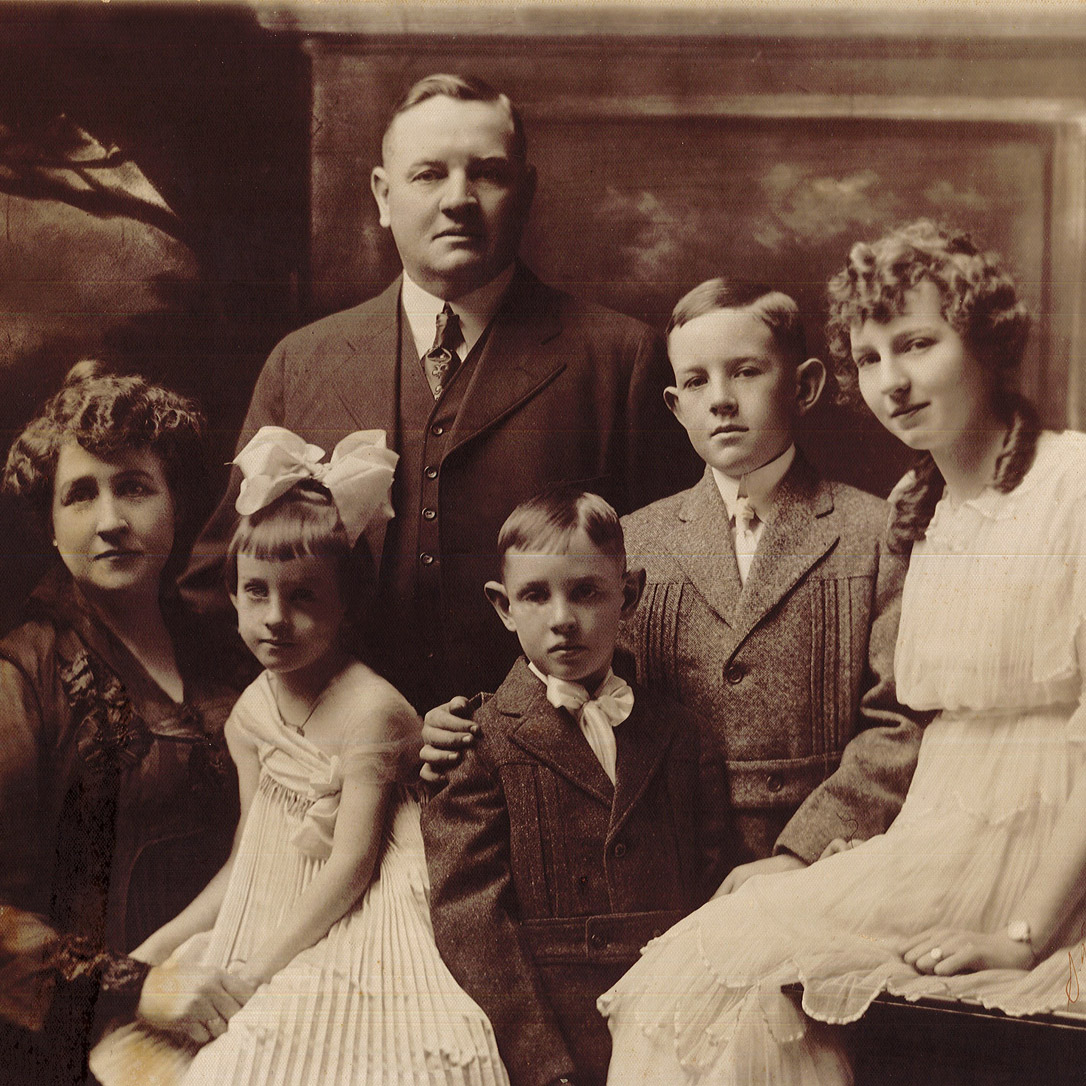 Upon marrying, they moved West—first to New Mexico and then to Oklahoma—looking for opportunity.  Times were hard for this young family; but as luck would have it, C.E. Farrington, ran into a traveling salesman who was selling real estate and regaling limitless opportunities in the tropical paradise now known as Ft. Lauderdale.  C.E. Farrington was sold and in 1913, the family packed up their belongings and livestock and boarded the train to Jacksonville, Florida, transferred to the Flagler railroad, and after a long journey, stepped off the train at the station on the edge of the tiny city of Ft. Lauderdale, spending their first night at the New River Inn right on the river.  That year, he joined the Florida Bar, hung out his shingle and decided to become an active member of this young community.

When the family settled in Ft. Lauderdale, Broward County did not exist.  C.E. Farrington, along with other visionary residents, petitioned the state of Florida to carve Broward from Dade County and Palm Beach County, and in 1915, Broward County was created.  At the time of creation, Broward had approximately 4,000 residents.    From 1916-1919, C.E.Farrington served on the City Commission, later serving as 3rd Mayor from 1919-1921, first Superintendent of Broward Schools from 1918-1920, and second State Attorney in the district from Titusville to Key West in 1920.

Over the years, his law practice grew.  He added a partner, Thomas Lockhart, and the firm became Farrington & Lockhart.  His family grew as well, and C.E. Farrington and his wife now had 4 children, three of whom would become attorneys.  As the firm evolved over time, and became Farrington & Farrington, a name it kept until finally closing in 2007.

While C.E. Farrington was prolific, he was not the only member of the family who was.  C.E.’s daughter Charlotte (Farrington) Vogler joined him in practice in 1928, becoming one of the 1st 100 women lawyers in Florida.  During her lifetime she continued her father’s community activism primarily in the Delray Beach area, via NOW, League of Women Voters, Anti-Poverty Programs, Head Start and Migrant Programs.  In 1940, C.E. Farrington’s son Otis joined him in practice, but soon left to participate in WWII.  When Otis Farrington returned from his service, he briefly rejoined the firm but then went on to become Broward’s first County Solicitor and later an outstanding Judge in the 17th Circuit, until his death in 1995.  C.E. Farrington’s son Cecil Farrington joined the firm in 1945 where he remained and continued his father’s practice, until his death in 2007.  He was one of the attorneys for the Downtown Development Authority and helped shape the downtown we currently have.  In addition to serving on the Ft. Lauderdale Planning & Zoning & Board of Adjustment, Cecil Farrington was active in the Real Property Probate and Trust Law section of the Bar and Probate Rules Committee for 50 years.

In 1932, Phyllis Farrington, a schoolteacher, and the only non-lawyer of C.E.’s children, married W.J. “Bill” Kelley.  Bill Kelly’s family moved to Ft. Lauderdale in the height of the land boom from St. Louis, MO in 1926.  He graduated as a geological engineer but was unable to find steady work during the depression.  He opened a small real estate and insurance office, but after finding the real estate and insurance market  lackluster, he attended law school at night, graduating from University of Miami in 1941.  After graduation, Bill Kelley joined the law firm McCune Hiaasen & Fleming.  Bill and Phyllis Kelley had two children: Rohan and Shaun Kelley.

Bill Kelley was also very active in community affairs and as a community leader in Ft. Lauderdale.  In 1937, he joined with several other citizens of the then-small town of Ft. Lauderdale, to raise funds and build a public hospital on south Andrews Avenue.  That hospital is now known as Broward Health Medical Center, the flagship hospital of Broward Health, one of the ten largest public health systems in the country.  It was completed just in time for his son Rohan Kelley to be among the first babies born there in 1941. He served on the hospital board for 25 years, retiring from that position in 1961, after serving numerous terms as its chairman.

Following in his father’s footsteps, Rohan Kelley attended University of Florida Law School and was admitted to The Florida Bar in 1965.  After graduating, he joined his father’s firm Kelley, Tompkins and Griffin which was founded in 1959, and practiced with him until Bill’s death in 1977.  In 1980, Rohan Kelley founded The Kelley Law Firm, P.L., then known as Rohan Kelley, P.A., at its present location at 3365 Galt Ocean Drive, Fort Lauderdale, Florida.  While The Kelley Law Firm, P.L. has existed under various names during the last 40 years, including, at one time, Kelley, Kelley, Kelley & Kelley, P.A., when Rohan, together with two of his sons and a daughter-in-law, were practicing together, the firm’s legacy of providing first-class legal services in the areas of wills, trusts and estates continues on to this day, and this specialized practice remains the hallmark of this firm.

Rohan Kelley is a former chair of the Real Property Probate and Trust law section of the Florida Bar, a Fellow of the American College of Trust and Estate Counsel (ACTEC) and is a Certified Circuit Civil Mediator.  Rohan Kelley has an AV Preeminent rating from Martindale-Hubbard, he is listed in the “Legal Elite Hall of Fame” by Florida Trend Magazine and as a “Super Lawyer” by Super Lawyers Magazine from 2006 through 2020.  He regularly lectures on Florida Homestead law and is considered one of the leading experts on the subject in the state by his peers and is also the author of The Florida Probate System, now in its 5th edition, a publication sold to over 2,000 law offices.

Erin Farrington Finlen practice focuses on estate planning and trust and probate administration. Prior to joining the firm, Erin Farrington Finlen worked as a Revenue Examiner with the Alabama Department of Revenue where she audited In individual tax returns and transitioned to work-flow development and processing improvement for the Department.  She holds degrees in Accounting and Finance from Auburn University and a Master of Business Administration with an emphasis in Accounting.  Erin Farrington Finlen  graduated cum laude from Nova Southeastern law school in 2016 and became a partner of The Kelley Law Firm in 2021. She is an active member of the Real Property Probate and Trust law section of the Florida Bar and recently named as Co-Chair of the Publications Committee/Co-Editor-in-Chief of Actionline Magazine (bar publication), she is also a member of the following committees: IRA, Insurance and Employee Benefits Committee; Probate Law and Procedure Committee; Guardianship, Power of Attorney & Advanced Directives Committee; Professionalism and Ethics; At Large Member; and a member of the Executive Council.  Erin is a member of the Florida Bar’s Probate Rules Committee (term 2021-2023) and is a graduate of Class V of the Florida Fellows Institute of the American College of Trust and Estate Counsel.

Jorja M. Williams frequently speaks on estate planning and probate and trust topics. As a triple Gator, she is actively involved with the University of Florida and previously served as President of the South Florida Chapter of the Association of Black Alumni. Jorja M. Williams is a Fellow of the Wm. Reece Smith, Jr. Florida Bar Leadership Academy and a participant in Class V of the Florida Fellows Institute of the American College of Trust and Estate Counsel. Jorja M. Williams is an At Large Member of the Real Property Probate and Trust law section of the Florida Bar, a former Member & Subcommittee Chair of the Florida Bar Probate Rules Committee (2018-2021) and is currently a Director of the Estate Planning Council of Broward County.

Rohan Kelley’s daughter, Tae Kelley Bronner is also a lawyer, and while she is a recent transplant to Arizona, she continues to practice law in Florida with her firm Tae Kelley Bronner, P.L.  She handles wills, trusts and estates, and estate and trust litigation and is a fellow of the American College of Trust and Estate Counsel.

The Kelley Law Firm, P.L. limits its practice to providing first-class legal services for complex and major cases involving will and trust litigation, wills, trusts and estate planning, administration and tax planning.  The mission of our firm is to provide the finest legal representation in its limited areas of practice. Our story and legacy illustrate our commitment to our field, our community and the law.   We are dedicated to excellence (link to article). 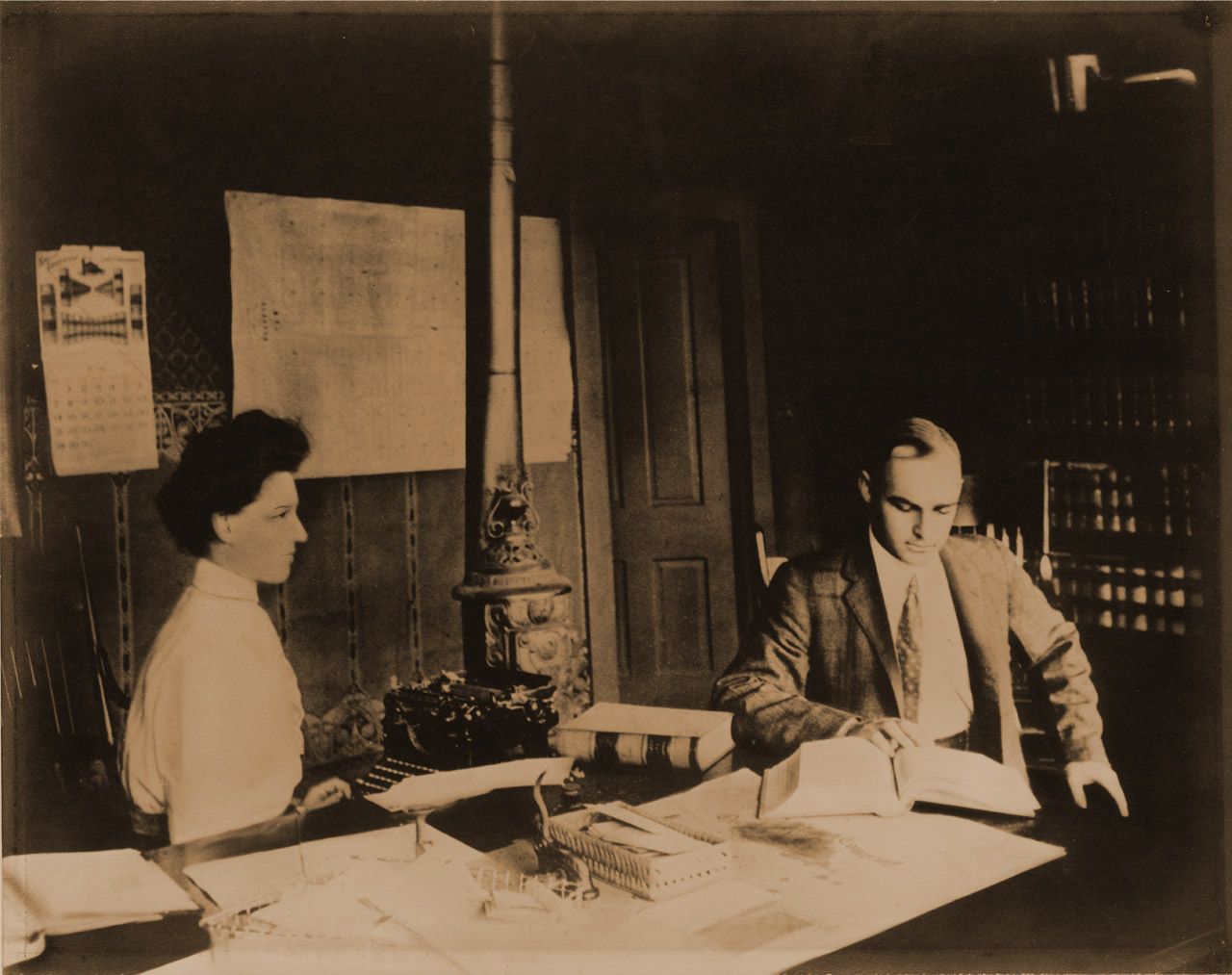 Over 100 Years of Community & Legal Excellence

Over 100 Years of Dedicated Service 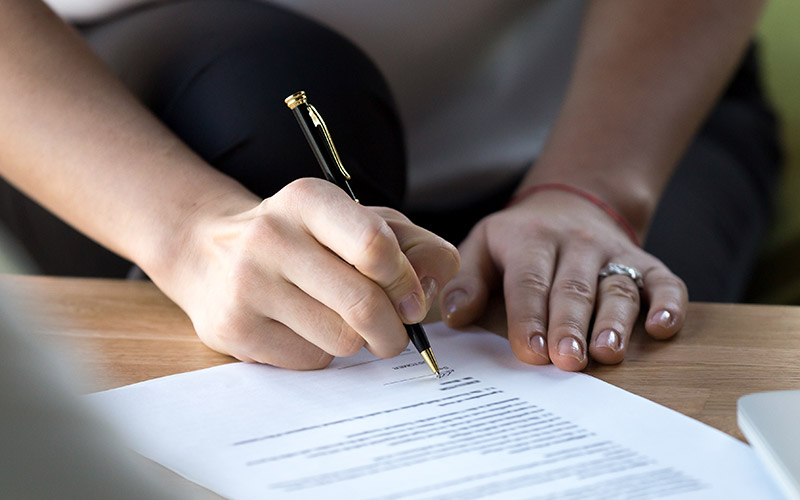 Your family is your legacy but your hard work is too. The Kelley Law Firm is here to ensure both are protected for your future. Learn More 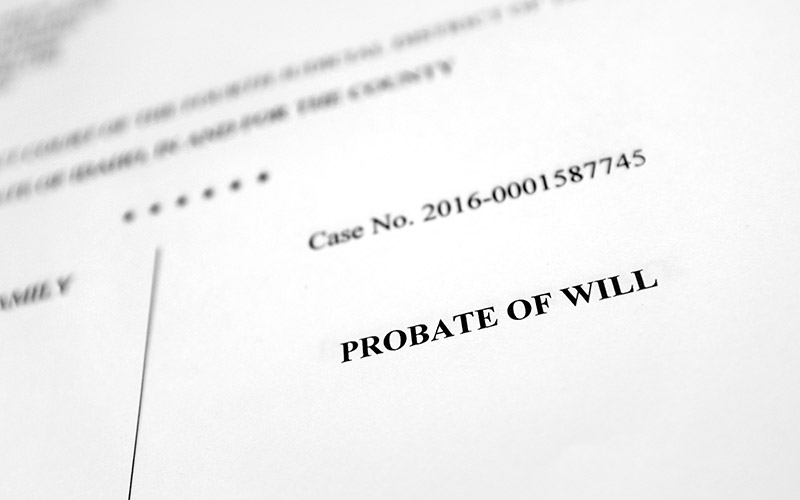 Probate Administration is the legal process that supervises this transfer of property and assets and ties up the affairs the decedent has left behind.. Learn More 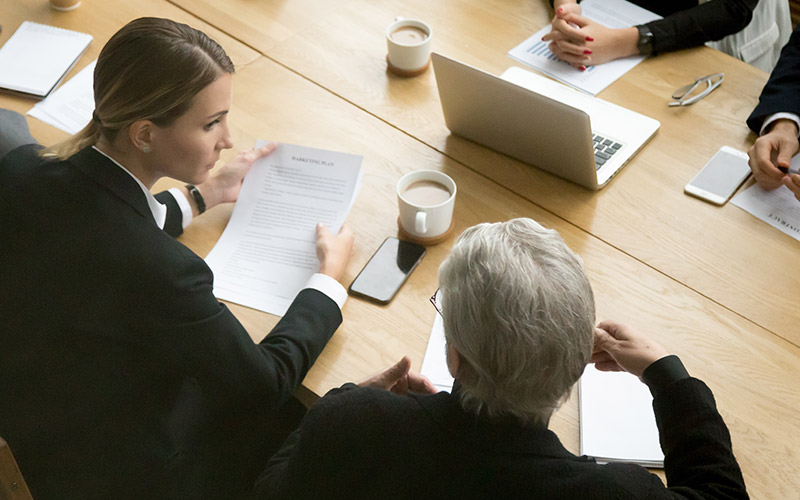 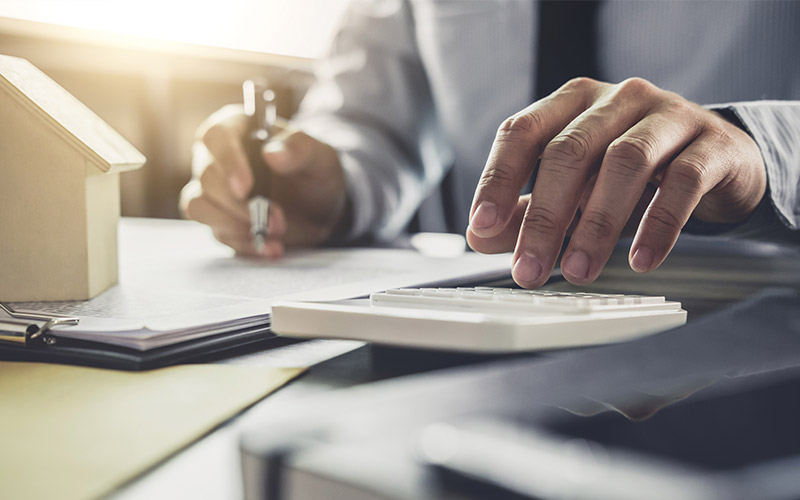 Often, it can seem like taxes follow you everywhere.  When you pass, your estate may be subject to taxes too, so making sure you have a solid estate plan that accounts for taxation is an important part of protecting and furthering your legacy… Learn More 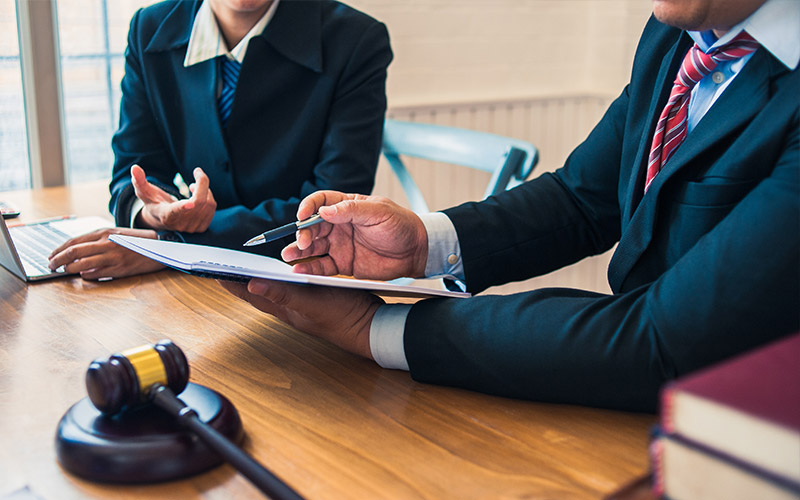 At The Kelley Law Firm, P.L., we understand that most of our clients are not interested in litigation.  Coping with losing a loved one and dealing with the administration of their estate can be difficult and overwhelming, even in instances where a solid, strong estate plan is in place. … Learn More 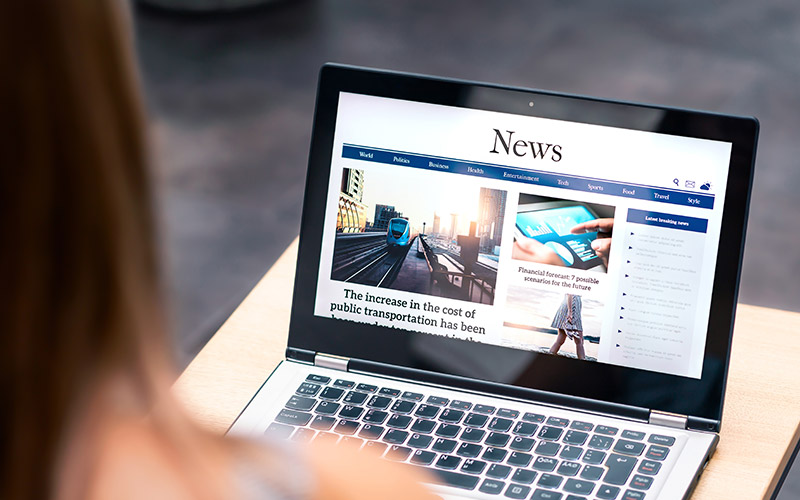 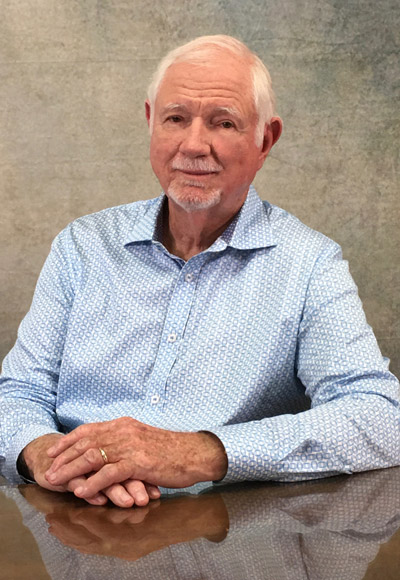 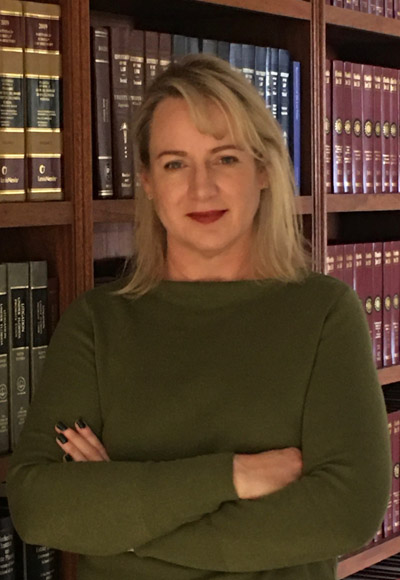 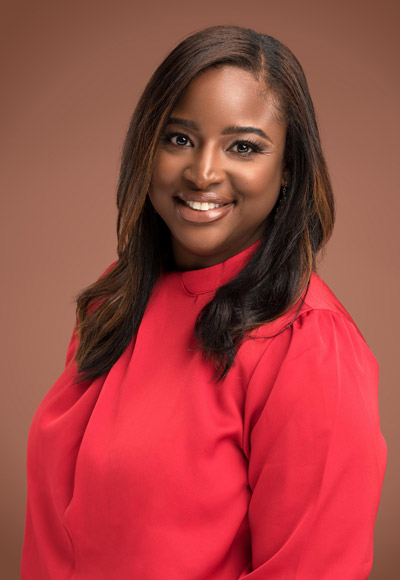